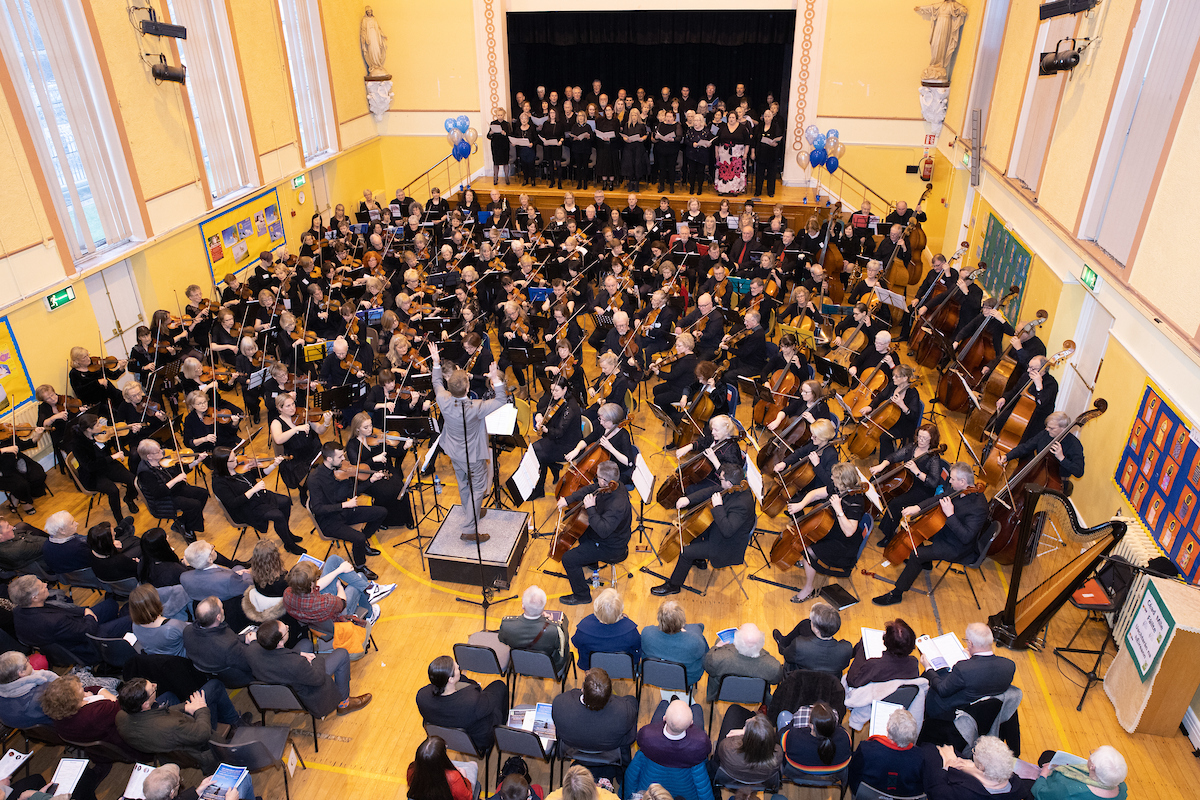 In 2010  parents and grandparents of children in St Agnes' Primary School and Scoil Colm Boys NS decided they would also like to play a stringed instrument.  The orchestra was initially formed as an informal ensemble for a six week period in which the participants would have a chance to find out a little more about what their children were experiencing through St Agnes' School Violin & Orchestra project.

Very quickly it was clear that this experiment was not going to end after a six week period, and the interest was so great that an evening group was set up to include adult players who could not attend on a Tuesday morning.

Members
Currently members of St Agnes' Parents String Orchestra number 120 approx. with an age range of more than 50 years. The membership includes not only parents and grandparents but those in the community, retired staff - in fact adults young and old who have discovered a passion for music and taken the plunge. No previous experience is expected and an instrument can be given on loan. A beginners' group helps those who are just joining to get off the ground with their new instrument. There is a Monday evening rehearsal from 7 pm to 9:15 pm which takes place in St Agnes School Hall and a Tuesday morning rehearsal from 10:30 - 12:30 pm, which takes place in St Agnes Community Centre for Music & the Arts. Players may attend either or both of these rehearsals. Regardless of whether they attend one or both rehearsals, players contribute €5 per week if this can be afforded.