It was a surprise and a great honour to learn in May 2019 that Scoil Úna Naofa Violin and Orchestra Project  was chosen as the 2019 Laureate of the International Music Council’s Music Rights Award. Many thanks to the European Federation of Amateur Orchestras for supporting our nomination for this prestigious award, and to IAYO Irish Association of Youth Orchestras for putting the Project forward for nomination

The award was received in Paris at the World Music Forum on Saturday 28th September 2019 by Sister Bernadette Sweeney, accompanied by Carl Jones and Seamus Doyle, principal bass of RTÉ Concert Orchestra, conductor of both Scoil Úna Naofa Orchestra and St Agnes’ Parents String Orchestra and Chairman of St Agnes’ Community Centre for Music & the Arts.

Carl was one of two youth panellists in a session at the World Music Forum discussing young people’s right to have access to musical involvement through participation, listening, creation, and information. Carl is an exceptional person who has achieved a 1st prize at the BT Young Scientist while also taking leading roles in musical theatre, playing double bass in St Agnes' Chamber Orchestra, Dublin Youth Orchestra, and now the Irish Youth Wind Ensemble. He will be a tremendous youth ambassador for Crumlin, Dublin, and Ireland.

Scoil Úna Naofa Violin and Orchestra Project was nominated by the European Orchestra Federation, a long-time member of the IMC, and selected by a panel of experts chaired by Silvina Munich, Repertoires & Creators Relations Director at CISAC (International Confederation of Societies of Authors and Composers)

The 2019 Music Rights Award was presented during a special ceremony in the framework of the 6th IMC World Forum on Music (Paris, 28 September – 1 October 2019).

“I was familiar with projects at schools in disenfranchised urban and rural areas. Learning to play, and listening to music, lets children dream of better futures. Music was the social elevator to lift them out to better days. I never heard of a project doing the same for adults (their parents in this case!). Simply playing music together fosters exchange among generations. It is brilliant, and I am very proud to have played a tiny part in this. It involves everyone. Not just the school but the community. Aside from broadening a child’s world, it gives them, without a doubt, an invaluable tool and bright spot for their future. This project demonstrates the transformational power of music and its impact in society. It is perfectly in line with the Five Music Rights proclaimed by IMC.”
Silvina Munich, Repertoires & Creators Relations Director at CISAC (International Confederation of Societies of Authors and Composers)

Most recently Sr Bernadette was presented with an Society of Music Educators in Ireland (SMEI) Honorary Life Membership as an acknowledgement of her marvellous contribution to music and the community. The last recipient in 2018 was Prof Mícheál Ó Súilleabháin, founder Irish World Academy of Music and Dance, Limerick.

In St Agnes’ Community Centre for Music and the Arts (CCMA)  has won the Ignite Fund Award 2019.  This is a hugely significant and prestigious award and it will enable the St. Agnes’ CCMA to develop a sustainability plan and expand its programmes in the future.

The Memory Lane and Peace Gardens received recognition for their contribution to the improvement of the community environment.

The Pride of Place judges said that the “organisation/project is thoroughly inclusive and had a holistic effect”. The judges on their visit were very impressed by the intergenerational nature of the initiative and the way in which it brought together all members of the community. The Pride of Place win prompted RTÉ Nationwide to visit the St. Agnes’ CCMA and produce a programme which was aired on  June 13th 2018. The RTÉ ‘Nationwide’ team filmed all the activities at the centre, talked to staff and members. Every class was represented on the day and it was a very enjoyable experience for everybody 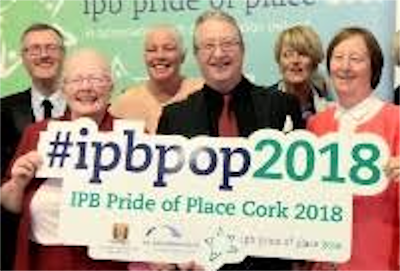 2006 An AIB Better Ireland Award
This award enabled the school to buy class sets of string instruments. All 400 children in the school including those with special needs from Junior Infants to 6th Class learn violin, while some also play violin, viola, cello and double bass in the School Orchestra. There is no charge for instruments or lessons.