Highlights included the Musical Society production of ‘The King and I’, performances at  Wesley Feis, the 1913 Lockout commemorations in O’Connell Street, the Summer Camp with Sandra Dackow and our ‘Thank You for the Music’ concert honouring Sr Bernadette on her retirement as School Principal.

The Annual Christmas Concert took place on December 12th.
The evening was packed with Christmas favourites, and performances from the Junior musicians, the Primary School orchestra, Parents Orchestra, the Musical Society Chorus with conductors Seamus Doyle and Eimear O’Grady.

The Christmas Fair
The Christmas fair on December 7th was a huge success, providing much fun, christmas shopping and valuable support for the ongoing work in the violin project.

Community Centre for Music and the Arts officially opened
Mrs Sabina Higgins, wife of President Michael D Higgins opened centre on 3rd December 2013. She spoke warmly about the dedication of all those active in the Centre to music, and of the importance of music and the arts in our lives today. There was much talent and love of music in evidence in the recital of music across a range of genres, including vocal, instrumental, orchestral, choral, keyboard, and traditional music.

1913 Lockout commemoration
Congratulations to the 55 players from the School Orchestra, Parents Orchestra and our secondary school players who performed on O'Connell St at the National Commemoration on Aug 31st of the 1913 Lock-Out! Well done to everyone, a day to be remembered.

We took a new ‘official’ photo of the combined orchestras.

SUNSHINE at the Car Boot Sale -

Local residents coming out of Mass enjoyed a cup of coffee in the sunshine at Cafe Music at the Car Boot Sale.

Christ Church Summer Camp Concert at Christ Church
The orchestra of 100 musicians played to a packed cathedral audience - standing room only on Thursday 4th July at 1:15 pm, under the baton of Dr Sandra Dackow.

Mini Marathon
CONGRATULATIONS and thanks to all who ran in the 2013 Flora Women's Mini Marathon. Your huge effort is so much appreciated.

Pub Quiz at Frehills on Friday 17th May
It raised over €1000 to sustain the children's violin, viola, cello and bass classes from Junior Infants through to 6th Class and Secondary. Thanks to the great team, Rose, Lorraine and Eduardas, to the donors of spot prizes and to the MC for the evening, Chris Tallon. What an amazing result!

Orchestra children were invited to RTE for a celebrity photoshoot to help launch the new Children’s TV channel.

The RTÉ Concert Orchestra
ST AGNES/SCOIL COLM PRIMARY SCHOOL ORCHESTRA performed with the RTE Concert Orchestra on Tuesday 16th April at RTE Radio Centre, an event during Children's Week at RTE, helping to launch the new RTE children's channel. There was an invited audience present including children from St. Agnes' school, and visiting children from Spain and Cyprus, in Ireland through the COMENIUS project. The event was featured on News2day at 16:25 on Tuesday 16th April  Watch the RTÉ Concert Orchestra youtube video above

The King and I
WONDERFUL AUDIENCES enjoyed St Agnes' Musical Society's 2013 production of "THE KING AND I" conducted by Eimear O'Grady, with Gerry Noonan as King Mongkut, Veronica Rock as Anna and Rachel Mungra as Tuptim. 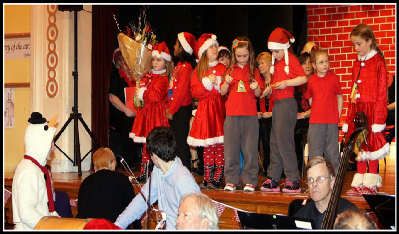 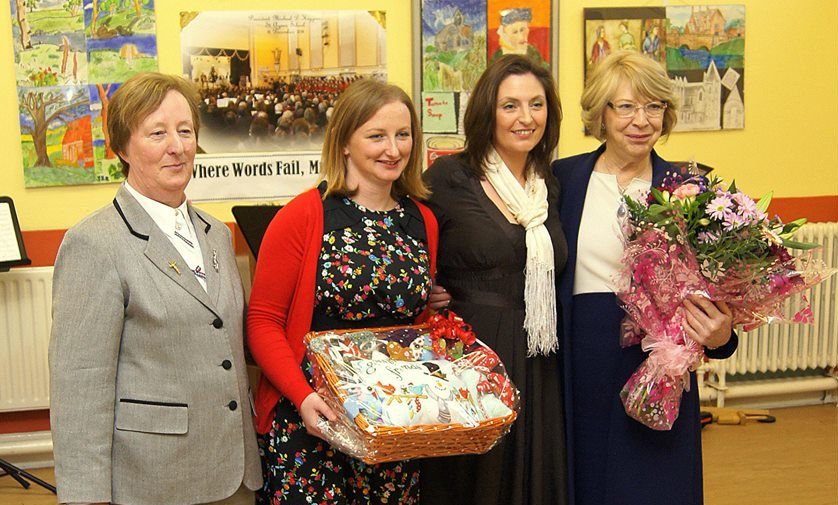 Photo of the members of the St Agnes' Primary School Orchestra