© St. Agnes Community Centre for Music and the Arts 2018-2019. Information given as a service to website users and may be subject to change. No responsibility is accepted for any errors or omissions.

The Lir Quartet was founded in 2017 by some of Ireland’s foremost musicians. They were invited by Barry Douglas to perform at the Clandeboye Festival for two consecutive years and have toured on three occasions for the National String Quartet Foundation, including concerts at Triskel Christchurch, Cork, Belltable, Limerick and at the National Concert Hall. In February 2019 the quartet performed at Aesynth; a festival of music, art and synaesthesia that was curated by violinist Siobhán Doyle and artist/synaesthete Jane Mackay. 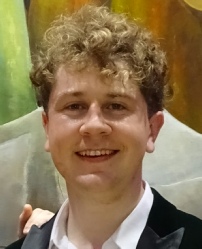 Regarded as one of Ireland’s most outstanding musicians, international award winning violinist Patrick Rafter has performed extensively throughout Europe, South America, Asia and the Middle East as Concert Violinist and chamber musician, and currently studies under Maxim Vengerov and Oleg Kaskiv at the International Menuhin Music Academy Switzerland.

Born into an exceptionally musical family in Kilkenny, Ireland, Patrick studied at the Royal Irish Academy of Music with Eyal Kless and Fionnuala Hunt. In 2009, he was the inaugural winner of the National Concert Hall Young Musician of the Year award, and in 2010, he was awarded the Camerata Ireland Young Musician of theYear. In 2015, he won the coveted RDS Music Bursary.

Internationally, Patrick was awarded 1st prize at the 2016 Valiant International Violin Competition in Switzerland, and also 1st prize at the 2016 London Performing Arts Festival. Throughout the past years his debuts and performances have taken place in some of the worlds most prestigious venues including the Royal Albert Hall London, Berlin Konzerthaus, CCK Buenos Aires, the Arts Centre, Soeul and Concertgebouw Amsterdam.

In October 2015, Patrick was invited to study under Maxim Vengerov at the International Menuhin Music Academy (IMMA), Switzerland and has performed as soloist and concertmaster with IMMA’s chamber ensemble the Menuhin Academy Soloists. Patrick has studied with and performed alongside some of the greatest performers and teachers in the world today, including Maxim Vengerov, Schlomo Mintz, Barry Douglas, John O’Conor, Igor Ozim, Serjei Krylov, Reiner Honeck, Maurizio Fucs and Graf Mourja. He has broadcast in Ireland, the UK, Argentina, Peru, Macedonia, Turkey, Japan, China, South Korea.

Patrick is grateful to play on a Georges Chanot violin kindly supported by the Department of Arts, Heritage and the Gaeltacht. 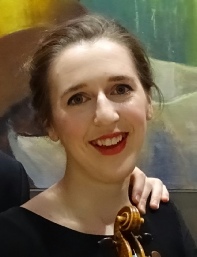 Siobhán graduated with first class honours from the Royal Northern College of Music in 2015, where she was tutored by Leland Chen. She is currently based in Berlin where she studies with Nurit Stark, while enjoying a varied career of solo, chamber music and orchestral activities throughout Ireland and the U.K.

Recent highlights include a solo performance with the Orlando Chamber Orchestra in the National Concert Hall and appearances at festivals such as the the West Cork Chamber Music Festival, the Clandeboye Festival and the Cowbridge Music Festival. Siobhán has performed as a principal player with the RTE Concert Orchestra, Sinfonia Cymru and the Britten-Pears Orchestra and regularly performs with Camerata Ireland and the London Symphony Orchestra.

Siobhán is supported by the Arts Council and Music Network’s Music Capital Scheme, funded by The Department of Arts, Heritage and the Gaeltacht. 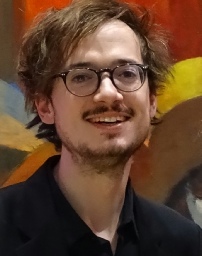 Ed Creedon enjoys a varied career as a viola player, performing chamber music, in recitals and as an orchestral musician.

In 2017, he has performed duo recitals with pianist Sabine Ducrot, taken part in the National
Concert Hall Chamber Music Gathering, performed Mozart's Sinfonia Concertante with Camerata Ireland and Barry Douglas, and toured throughout Ireland, Austria and Germany with the Irish Chamber Orchestra.

Recent highlights include performances of works by Mozart, Brahms and Mendelssohn with the Vanbrugh Quartet, as well as appearances with the Ficino Ensemble in Dublin, the Piatti Quartet in the U.K., at the Clandeboye Festival in Belfast, Ortús Festival in Cork and the Killaloe Festival. For four consecutive Summers he took part in the West Cork Chamber Music Festival Young Musician's Programme, performing with the Cepheus, Sonoro and Hydra quartets.

As an orchestral musician, Ed has toured throughout Europe, North America and Asia with the World Youth Chamber Orchestra and European Union Youth Orchestra, and he plays regularly with the RTE National Symphony Orchestra in Dublin.

Born in Cork, for many years Ed was a student of Constantin Zanidache at the Cork School of Music. Since 2012 he has been mentored by Simon Aspell. 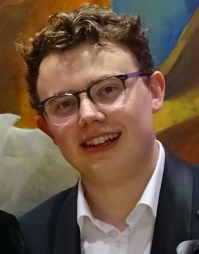 20-year-old Irish cellist Christopher Ellis has been described as “a rapidly rising cello star” (The Irish Times). Christopher, born in London, began his studies at the Royal Irish Academy of Music studying piano with Marta Erdei and cello with Aisling Drury Byrne. Christopher is now studying at the Paris Conservatoire with French cellist Marc Coppey.

Christopher plays on the ‘O’Neill Cello’ made by Conor Russell kindly on loan to him from a private donor.